Our Team of Experts

Mitch Mac Donald, President & CEO of AGiLE Business Media, also serves as the Group Editorial Director of DC VELOCITY and CSCMP’s Supply Chain Quarterly. Mitch began his career as a newspaper reporter before shifting his focus to national business journalism. Twice named one of the nation’s Top 10 Business Journalists, he writes DC VELOCITY’s award-winning monthly Outbound column. Passionate about music but with absolutely zero musical aptitude, Mitch says that if stranded on a desert island, he would pass the time listening to his “Island 5” of Frank Zappa, The Beatles, Joe Jackson, Roger Waters, and Jason Isbell.

David Maloney, Editorial Director, would be happier sailing his boat on Lake Erie, but he has a wife, too many cats, pond fish, and turtles to support. So, he does the next best thing he can think of — overseeing all print and electronic content created for DC VELOCITY. Before entering the wonderful world of supply chain reporting, Dave was a journalist and television producer/director in Pittsburgh. He continues to use those skills in creating electronic content for the DCV audience, including videos and webcasts. In his spare time (which admittedly is not a lot), he enjoys travel and golf, and is a long-suffering Pirates baseball fan. Dave lists C.S. Lewis as his favorite writer.

Karen Bachrach, Executive Editor – Features, handles editing and daily editorial operations for the magazine. Her role on the DCV team can pretty much be summed up by her Twitter handle: @PeskyEditor. When not at work, she enjoys cycling, hiking, running (maybe “enjoy” is too strong a word here), general gym rattery, and spending time with her family.

Ben Ames, Senior News Editor,thinks the best thing about covering supply chain tech is traveling to cool places, meeting new folks in logistics, and learning how their robots and startups are about to change the world. Find him typing tweets and news stories on his laptop in airports, hotels, and warehouses. Or catch him after work paddling kayaks, hiking trails, or losing to his kids at tennis.

Diane Rand is an Associate Editor for DC Velocity. Although her career dreams of becoming a Formula 1 race car driver never came to fruition, she has turned her attention to the next best thing: writing about transportation and logistics. Most of her workdays are spent handling new products, managing the magazine’s blogs, and tackling special projects. Off the clock, Diane enjoys spending time with her husband and children, tries to find time to train for half marathons, and reads as much as possible.

Victoria Kickham, Senior Editor, started her career as a newspaper reporter in the Boston area before moving into B2B journalism. She has covered manufacturing, distribution, and supply chain issues for a variety of publications in the industrial and electronics sectors, and now writes about everything from forklift batteries to omnichannel business trends for DC VELOCITY.

Susan Lacefield, Editor at Large, is one of those people whom you really don’t want to sit next to at a dinner party. That’s because the more mundane and pedestrian the supply chain topic, the more she likes to geek out over it. While others may wax enthusiastic about autonomous vehicles, blockchain, and robots, Lacefield loves to talk and write about wood pallets, corrugated boxes, and bar codes. Seriously. Her son once asked her, “Mom, what’s your favorite kind of pallet?” and she actually had an answer for him. That’s because Lacefield believes that even in this increasingly technology-driven world, there are untold stories and lessons in the most basic of logistics principles and tools.

Diane Rand is an Associate Editor for DC VELOCITY. Although her career dreams of becoming a Formula 1 racecar driver never came to fruition, she has turned her attention to the next best thing: writing about transportation and logistics. Most of her workdays are spent handling new products, managing the magazine’s blogs, and tackling special projects. Off the clock, Diane enjoys spending time with her husband and children, tries to find time to train for half marathons, and reads as much as possible.

Martha Spizziri, Managing Editor-Digital, has been a writer and editor for longer than she cares to remember. Suffice it to say that her work in the supply chain field includes 11 years at Logistics Management and five years as web editor at Modern Materials Handling magazine, starting with the website’s launch in 1996. She has long experience in developing and managing web-based products. In her off hours, she can be found reading either a classic work of literature or something really trashy. She also enjoys watching both classic and cheesy old films on TCM.

Steve Geary, Editor at Large, has more than two decades of experience in global supply chains as an industry executive, consultant, researcher, teacher, and author. He is president of Supply Chain Visions Inc., a thought leader in supply chain management and performance measurement, and works extensively with the U.S. Department of Defense. Steve is also a faculty member and research associate at the University of Tennessee’s College of Business Administration.

Gary Master, COO, Publisher, is a founding principal of AGiLE Business Media, LLC. Prior to joining AGiLE, he was president of Green Associates, a consulting and marketing services firm. Gary has been a key player in the logistics market for more than 28 years. Don’t let his experience level fool you, though; his four teenagers keep him current on all the retail and social media trends hitting the market. Gary believes strongly in servant leadership and strives to be a value-added resource for companies seeking leading-edge insights and marketing strategies. He currently serves on several boards of companies and associations that seek to make the world a better place.

Maria Mac Donald, Director of Business Administration. While wearing many hats for AGiLE Business Media, Maria has the pleasure of working closely with both the publisher and the sales team, helping to keep things organized and running smoothly. Maria’s attitude is the glass is always half full (preferably with a nice cabernet).
She enjoys laughing, kettle bell workouts, and live music—although if, by chance, she was stranded on a desert island with, say, Mitch, she would definitely find a way to lose the Zappa music and replace it with some Don Henley.

Keisha Capitola, Director of Creative Services/Production Manager, has extensive experience in business publication design. When not conceptualizing another innovative and engaging illustration idea for third-party logistics providers, she can be found homeschooling her teenage daughter, managing her family’s stable of 20 American Quarter Horses, and competing at horse shows nationwide. Keisha adores her rambunctious toy poodle, strawberry ice cream, and mixed media collage. Still getting used to Southern living, she refuses to add the word y’all to her vernacular but enjoys sipping sweet tea on the veranda.

Jeff Thacker, Director of eMedia, has built websites and web applications, and managed e-newsletter development for more than a decade. He joined DC VELOCITY in 2004 after five years as a member of the electronic media and production staff at Supply Chain Management Review and Logistics Management. An avid hockey fan who is still known to lace up his skates now and again, Jeff can often be heard telling less tech-savvy staff members that “It really is all that complicated.”

DCV at a Glance 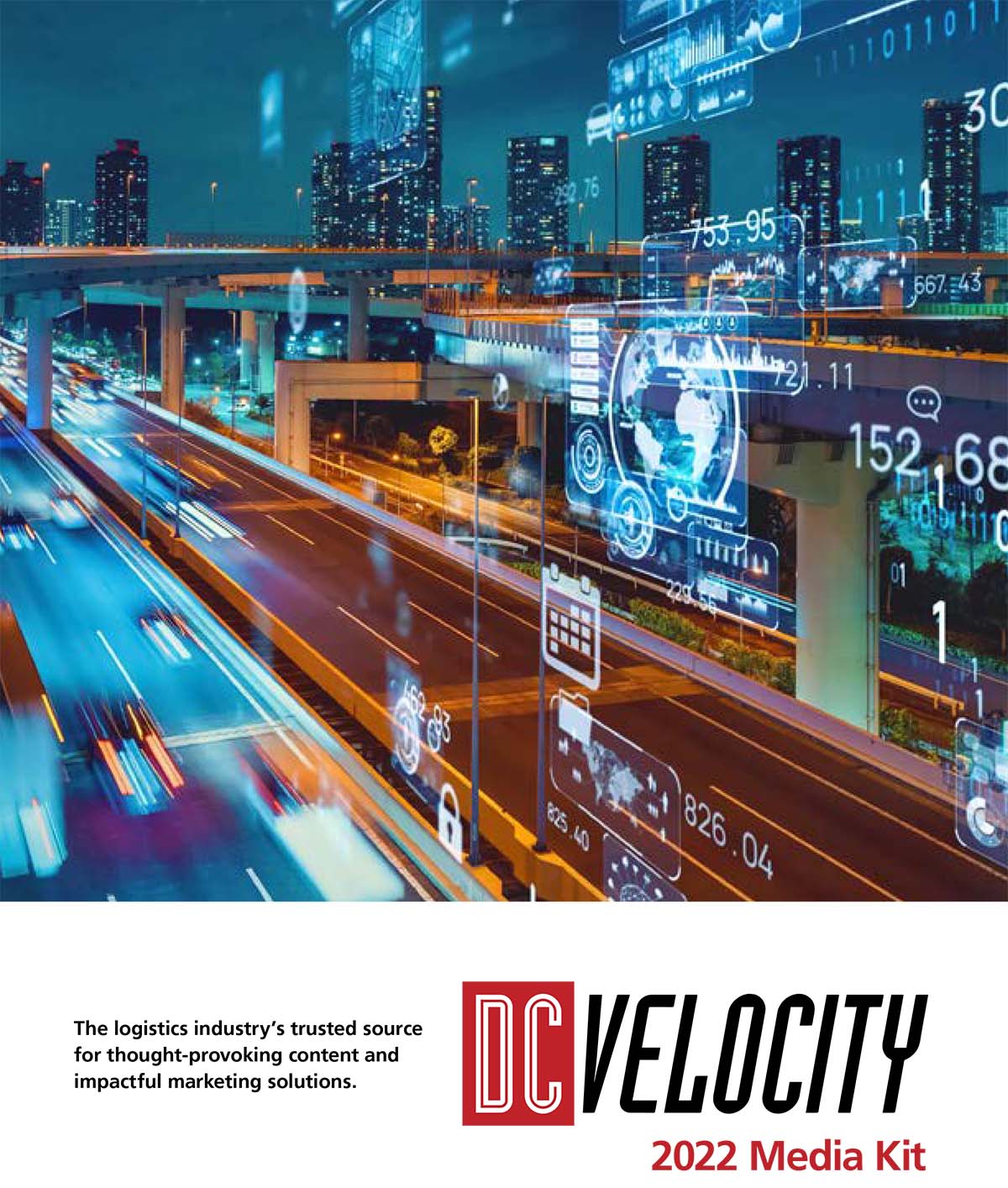